As an AAA professional  I get my regular avalanche review with its many interesting articles. Here is one I thought worth sharing with ski patrollers.

December 3rd 2007 The "Canyons Resort" Park City Utah. After a storm cycle created avalanche risk the resort management via ski patrol undertook snow pack stability testing using explosives i.e avalanche control work.  Despite this an avalanche occurred post control where four skiers were caught in "Red Pine Chute" and one male skier was recovered fatal from trauma and an eleven year old successfully resuscitated from burial. The family of the male took the resort to court in a high profile test case that's taken ten years to resolve.  After lengthy expert witness testimony both for the plaintiff and the resort the jury trial found in favour of the resort. Conclusions were that all reasonable control measures had been taken and that even in resort skiing it is not 100% safe from avalanches or post control avalanches in avalanche terrian as long as all reasonable measures are taken, warnings posted and the public made aware of the inherent risks. Sometimes all we can say is its "reasonably safe" as we can never be sure.

I have attached the thoughts of the ski patrol director and safety director who undertook the rescue and who has lived with this incident and the years of court battle until exonorated. There are many thngs to take from this, not least "Train Like you Fight". Train hard, train often and make it real. And have good written policy and procedures. Those of us at annual training this weekend had an insight into the working of the NSW HEMS procedures and how emergency medicine is learning from the avaition industry, as well as the Bergrettung crib sheets for avalanche. If you need the crib sheets its all gone wrong, but the policy and procedures keep us right, and both public and rescuer safe.  We can't make it 100% safe but its the striving to try that saves lives and keeps the litigation at bay. Hold that as a pre season thought. 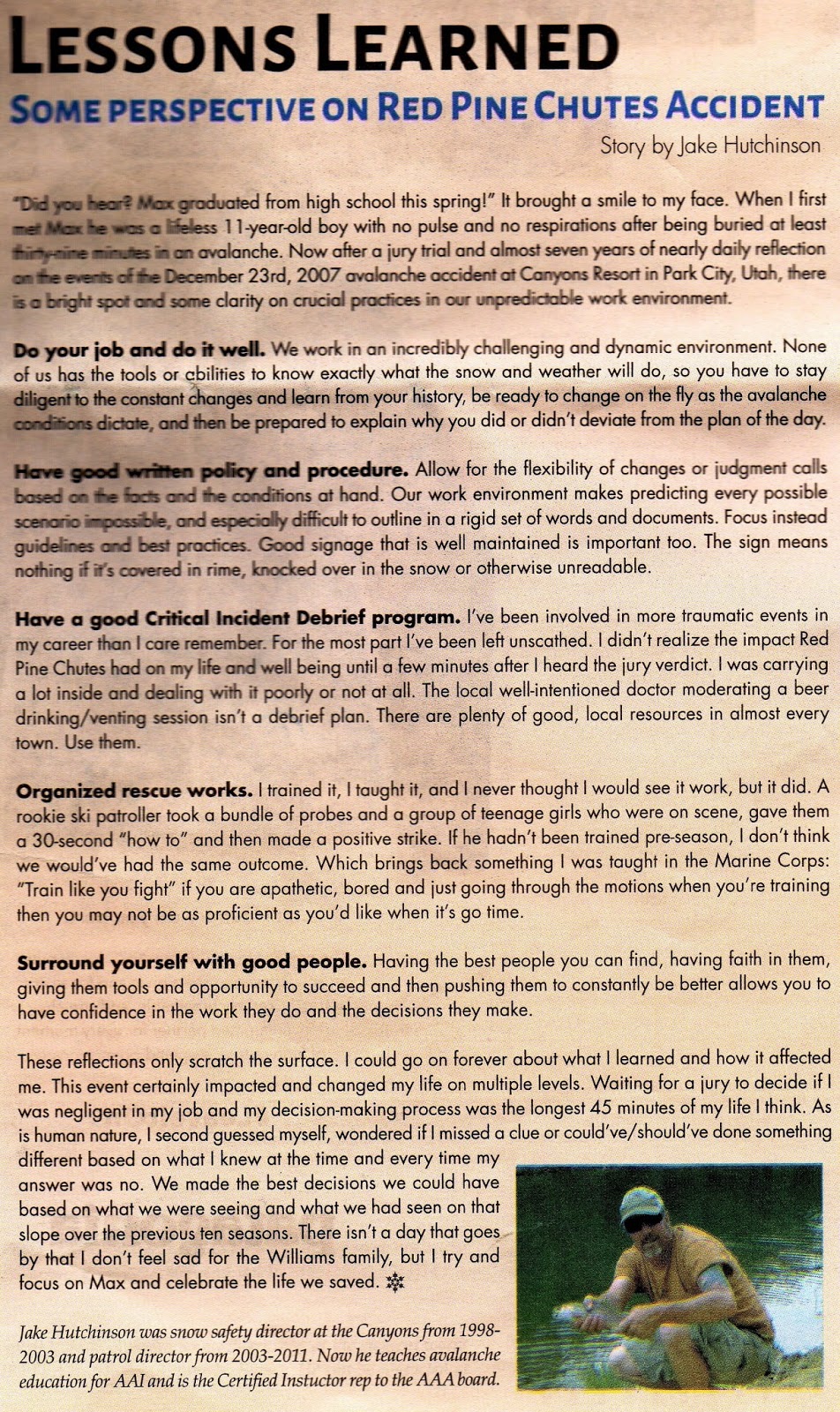