A bit of a scathing report by Bruce Tremper on ABS the airbag manufacturers stats on how effective they are. ABS have been making airbags over 15 years and their bags are standard issue to many of the high mountain ski patrols in the European alps where they have saved many lives when doing avalanche control work.  I doubt if any of this data was formally reported as apart from telling the company ABS no one else was collecting the data.

Airbag use is under reported as a lot folks don't want to admit they blew it.  The SLF only produced a reporting form recently, and Tremper's link to only one data set is quite a small a sample and from incomplete and quite old data. The data doesn't really include all those dead buried folk either. If your buried you have a poor chance of survival. Staying on top is the only way to have a better chance of survival and most pro's know that, hence the prevalence of airbags in the last few seasons with off piste guides and ski tourer's. They don't guarantee survival -  but they do improve it.

Risk "homeostasis" may be a problem but shouldn't be included in the discussion if a study is to be truly impartial.  There is only one question; do airbags increase your chance of survival in an avalanche?  and the answer is an unequivocal yes, even from ABS's own very partial data and Tremper's conclusions. What is most questionable is the %.  Does everyone log their avalanche cock ups on the SAIS web site? Probably not and it's the same for airbags over the World, although youtube seems to have a few.

Anything improves on being buried alive. What the only data set on survival also from Brugger hides is that even inside the initial 15 mins end of the survival curve there are very many who are dug out as fast as possible by good companion rescue who don't even survive 5 mins.  This subject needs new research and not just referring to Brugger et al.

Many of us have long thought Kinlochleven would make a great MTB centre. Looks like the World also thinks so.  Here's hoping it retains it's hardcore Telluride like feel but maybe with some help from Alcan some easier stuff to get the newbies going.  Don't forget that the nearest bike spares and shop is Crankitupgear here in Glencoe only 10 mins down the road. 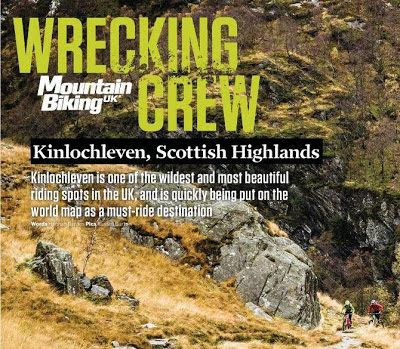 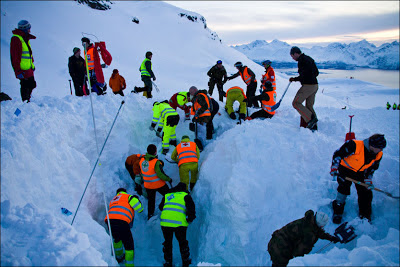 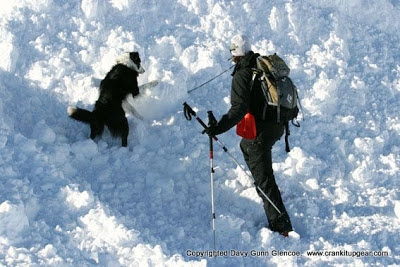