Snow dependant
Group size is 6 max. Best if you have your own kit as that is what you need to be familiar and practise with. Some loan kit from Ortovox is available on request. We use Glencoe's beacon training park and do search and recovery scenarios on ski, it’s fairly mobile training if based up on the hill. With the installation of the base snowmaking it might be possible to run training even on blown off days at the base. The thrust of the training is in the context of avalanche avoidance with search and recovery tools being required when decisions and planning have gone awry.

I thought I would set myself the task of looking at a map and trying to remember all the MRT avalanche accidents I had been at in Lochaber. It's a lot sadly and I am sure there are many others where injury occurred not recorded as avalanche incidents that the team attended. Some notable ones from the 50's to early 70's before my time I am aware of including one at "The V" above the end of the road at Clachaig (Fatal Asphyxia). Hamish and the team certainly dealt with many, and its fair to say the Glencoe MRT was one of the best prepared because Hamish had the team equipped with the first "Pieps" in the early 1970's. From its formation the team followed the best practise from alpine countries as can be seen in "The Mountain Rescue Handbook". Some involving the rescue team in the mid 1990's  were thought to be better forgotten as near misses. Three of these I was involved in. One on the BEM Coire na Tullaich, and two close ones in Great Gully which popped just after evacuating someone on a stretcher.

The incidents themselves remain as fresh as ever, as do the dilemmas and triage considerations. I wanted to dispel the myth that most Scottish avalanche victims are trauma victims. Although many are injured, many are potentially salvageable if found quickly and taken to the appropriate facility where potassium and biochemical markers can be taken and resuscitation continued. The fatal victims listed are complete burials.  All other injured bar one stayed on surface. All this information is freely available via the SMC Journals from these years or SMR data and while there are personal notes of my own as reference, as an aside to these events no confidential data that is not already in the the public domain is listed. I make no pretence to being anything other than a witness as a youth or being just another shoveller. Cursed with a very good memory though. This changed when I did college and uni as a very late starter doing physiology and pharmacology wanting to be a doctor but getting told I was too old and wouldn't get a grant, so became one of the first Paramedics in the UK, a full BASICS member and also one of the founders of the Faculty of Pre Hospital Care RcS(Ed) and contributed on trauma in a mountain environment as well as to ICAR's early data on avalanche resuscitation

I often only recorded the events as an end of winter summary, although for injured patients I still have some trauma report forms from my Paramedic records. A person wanting to check this data's veracity will need to go the relevant SMC Journals or SMR records.
Davy Gunn personal anecdotal observation from 69 victims and 26 Fatal Burials I attended is: 11 Asphyxia/Hypothermia (absence of any obvious fatal injury) and 15 Trauma so around 42% and 58% respectively. This does not pretend to be a scientific study only an observation based on my own experience from 1974 until retiring from MR wanting to get back to being solely a mountaineer and not a part time undertaker.  I was most often senior medic on scene and as deputy team leader had technical and safety rescue decisions to make so medical triage was a big part of the responsibility. Much is made of the presence or absence of an air pocket and ice masks. I have not seen an ice mask and its nearly always very hard to determine if an air pocket is present. They are all alive unless there is an obvious fatal injury. "Not dead until warm and dead" as the old saying goes so resuscitate following the ICAR guideline and transport them all carefully as alive to the appropriate hospital.

So is it worth being searchable? It's certainly better than long burial. The "Old Fox" agreed

The above is just a random project pondering 37 years of personal observation. Others may have very different observations. Combined with my own pondering, even if anecdotal, these form a hypothesis that others can take forward or rebut as they wish. I only put this out there because I am tired of reading or hearing that most folk die from trauma in Scottish avalanches as my observations locally are that this isn't totally accurate. The geography of other areas may be different, but Glencoe is pretty unforgiving terrain and if I have come across asphyxia/hypothermia victims here, then its not unreasonable to predict it might be similar elsewhere.

We are fortunate in having a local hospital where rewarming of avalanche victims has given them lots of experience in rewarming. The fact that they receive victims some of whom will have had ongoing resuscitation and try and rewarm them says that its not all trauma. I don't think so far anyone has met the criteria for onward transport to ECMO although I can think of some who would have in the past if ECMO had been around then. I think we need to be careful because up until now 99% of victims have been mountaineers. That's changing as folks escape the pistes into avalanche terrain and as a group companion rescue and consequence reduction decision making and tools such as ABS can give different outcomes and victims will be higher up the survival curve.

I can't see it being possible to do any post mortem study on past avalanche events as my own experience is that even for local doctors its very difficult to get PM data. As a medic I had no legal right to access it, but on occasion at an FAI was privy to some information. Also all mountain deaths do not require a PM and so the data might not be there.

If folk are following the consensus guidelines then its easy to collate data as fatal injury will have been excluded and victims sent onward for rewarming either at a local hospital or from there to a rewarming centre. These are the "maybe alive" victims that deserve a chance. They are my 42%

In the end it's academic. I am pretty sure in all the main mountain areas where there have been avalanche victims there have been some who have died from asphyxia/hypothermia and if education and avoidance has failed then the future victims should get the same chance they had, or better using modern search tools, so the %  ratio doesn't really matter. My hypothesis stands that of the 40% or more some might be saved if searchable and found earlier. There are a few cases where all the stars nearly aligned and a remarkable outcome almost achieved, but medical confidentiality means I can't share them.


I am quite surprised at the interest this "back of a fag packet" process has stirred.  For me its just so I can stand and say that of 40% or so of folk, if they were found earlier some might make it. It was just to stop the "whats the point of being searchable as it's the fall kills you" attitude, and seeing it creep into the Scottish skiing world. Mountaineers can do as they wish, but my main interest now is in keeping the skiers safe as education and companion rescue is more ingrained and positive in that sport and for climbing the key is seen as education and awareness. Education and awareness will not get you found if you happen to get it wrong. To err is human is the only reliable "human factor" in avalanche education. 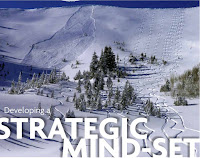