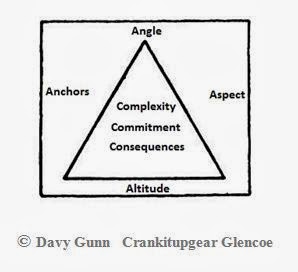 Avalanches, Education and a Good Month 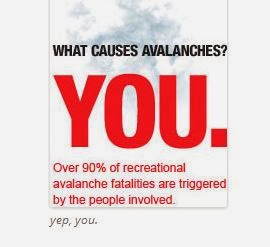 January has sure "come in like a Lamb - gone out like a Lion" as the old saying goes. Currently the mountains above 600m are loaded with snow. The rapid rise and falls in temperature above the summits has at times stablised the snow pack with water penetration, but like to today its often followed by hail/graupel and then drops in temperature. Snow being cold water, is dense and sticky when wet, dry and fluffy (powder) when dry. Wet on top of dry, thing's can go awry - dry on top of wet the ski's are a good bet. Wind, wetness and the wet grain size in a rounding phase can be just as dangerous as the faceting in a growth phase. It's all part of the Jenga of a snow pit with layers of different density and weight and why we are in a high risk phase and need to take care.I am not a snow scientist but we are very lucky in Scotland that we have the SAIS to give us area forecasts with a really good narrative which folk often fail to read. Read the forecast and think about what its telling you and have a plan A and B.
January has been a good month on the avalanche education front.  Glencoe Mountain owner Andy Meldrum and the staff on the hill at Glencoe have been tremendously supportive. I have run five courses so far for Freeskiers, Ski Tourers, Split boarders/boarders and some mountaineers. Last course is 31st Jan but more will follow if there is demand. These courses have been supported by Anatom who import BCA and follows the BCA 101 teaching format. Each student from now on will get a copy of the BCA DVD "Take Charge - Leading a Companion Rescue. I have also had help from Ortovox with safety academy booklets for students providing an easy reference text for folk to take away. The beacon park at Glencoe is a great training aid and the protable Ortovox STS training system I have gives flexibilty with an 8 transmitter portable wireless system. The course is very much about planning and avoiding trouble using four A's & 3C's as a thinking tool. Good habits, group psychology and thinking yourself out of trouble not into it are the basic concept. The fundamental principle is that we should all carry a beacon, shovel and probe (and maybe if you have the money an airbag) but your decisions should not be influenced by them, as if you need them your have made a bad decission somewhere. Being human shit happens. Students on the course have had a variety of beacons and its always interesting to compare performances. All the digital beacons are good and effective and the best one is the one you know and practice with. One of the things that hits home the hardest on the rescue side of the course is how hard the digging is and how much time it takes. Survival of your friends comes down to how organised and practiced you are at digging, and the quality of shovel you have. So far we have produced some excellent diggers on our courses!

Crystal Mountain Link
I posted this link of Go Pro footage of a slide on Crystal Mountain on my business Facebook page CrankitupGear Glencoe. It appears a shambles and it's very easy to criticise what went on, but if you have ever been in this situation, especially with skiers, when very quickly a large group can back up and either help or just be on scene rubber necking, you will know it's not an easy thing to manage a search, and neither is it easy doing a signal/coarse/fine search in deep powder.  I once found a victim well below the end of the tip of the slide they had been taken on having stayed on the surface but who had then submarined off the end under the deep powder for several metres. It's not easy searching in deep soft snow. However, there are a few points that I guess are worth going over, none of which are criticisms just observations and a look at the merits and uses of  Tracker beacons.
The guy with the Tracker 1 was filming with what was apparently a Go Pro camera. Without that we wouldn't even be dissecting the event. Cameras affect a beacon signal, especially chest mounted Go Pro's, so GO PRO when on beacon receive mode is a NO GO.  He had a "last seen point" and went for it with his T1 beacon. T1 is an older two antenna beacon but despite this it still beats the pants of many new three antenna beacons for speed.  You just have to be aware of the signal spike in the fine search phase and when you know what it (signal spike) looks like its an easy thing to work through and won't slow you down.  In the video there were a lot of folk perhaps still on "send" but the guy was getting a signal and was nearly on the money. The thing with a beacon like this is that it's easy to be going 180 deg in the wrong direction, so if the distance reading goes up but the direction is locked in, then you're walking away from the victim. Hard to walk away in chest deep powder in tree's! That's why a good coarse search, not too fast, will stop you over running the airfield before you land the plane and get onto the runway on the surface for the pinpoint search and probe hit. Trackers 1 and 2 have "SP" mode which might have been useful to narrow the search direction down as if it was multi victim burial (which it nearly was). Most folk I come across do not know how to use SP mode effectively.

SP mode is a very handy feature. Many beacons "auto revert to send" as a default setting after four minutes of standing still, which is a useful safety feature but causes mayhem in a real search and why those not searching should be in an area off site and safety and either have beacons off, or all on receive. Trackers are auto revert default set as OFF unless the user switches it on by turning on the beacon with SP/Options pressed until AR appears on screen at start up.

When searching for multiple victims the SP button will narrow the search strip from the 5 LED display at a roughly 180 deg arc to the middle 3 LED's and roughly 75 deg and it will show all signals in that narrow arc. This makes it more directional although your still on a flux line not a straight line. The beacon not the searcher is rotated until a signal is picked up and only then does the searcher turn in that direction then immediately  walks in the direction of the signal locking the beacon onto it then press SP  returning the beacon to it's normal search mode. Remember that this arc is also 75 deg behind you and its not until you get a decreasing distance reading that you know you are locked in and going the right way. Combined with the DAV "3 Circle Search" method, this is a powerful tool in multiple burials negating the need for a "mark" feature. I would recommend that even those with beacons that have a "mark/flag" feature also learn this search method as a fall back as marking in close proximity multiple burials can be problematic.
In mixed groups I find all makes of beacon carried and its pot luck that the guy with the "Pulse" beacon  is the one left on the surface able to run around marking. In training I cover all the search options from grid to 3 circle and the hazards in close proximity burials of signal overlap and marking. It's always worth reiterating fundamental questions such as how many in a group and how many on the surface so its just basic maths to know how many your looking for and how many signals to find.
In fact a multiple burial is only lots of single burials and if the shit hits the fan in a small group then its shovelling that's crucial and I would advocate digging out the first person located asap and switching off their beacon then starting another search. If you have lots of manpower then fair enough get through the debris and locate the other victims. As you will see in the video probing is really important to locate a victim and if there are lots of folk with probes doing nothing then get them poking around. Although the ski patroller in this clip wanted the site cleared as he wanted a dog in, then paradoxically the dog sometimes works better at a probed site as scent is released. The downside is that the victims air pocket had been trampled over. A bit of a no win situation.

Special offers on Tracker Beacons from CrankitupGear
Email me on crankitupgear@aol.co.uk for offers