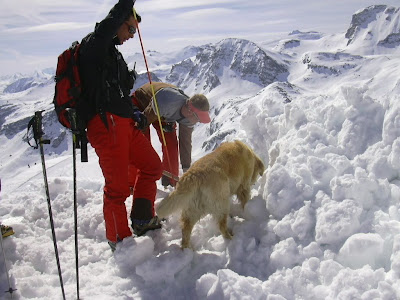 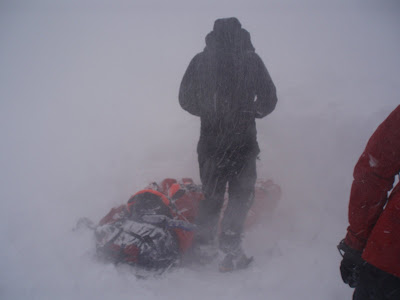 2009 is going out the way it came in on the mountains, with sad news of avalanche fatalities. The above picture from Jan 2009 was when I called it a day after digging out yet another young person from a triple fatal avalanche accident. Enough was enough for me. Spare a thought for the rescuers though.  Scottish avalanches, especially on the West coast often involve natural terrain traps called "Corries" were the rescuers have to expose themselves to secondary slides from the side, or from secondary loading from the usual very strong winds which can be at a mean of 60mph gusting 100+.  Recovery from these places is not without risk to these guys.  The LMRT lads in Coire na Ciste on the Ben today would have been in just such a position.