The Future ...............
"If the airway of a patient who was buried more than 35 minutes is free, the physician should not give up hope, even in the absence of vital signs," (Dr. Brugger said) "Especially if the cardiac arrest occurs during the rescue procedure or transport, that has been frequently reported, they should be treated optimistically and transported under continuous cardiopulmonary resuscitation to a centre for extracorporeal rewarming"

That statement highlighted above is not new.  Even 12 + years ago at the excellent "Freezing to Death" seminar hosted by Cairngorm MRT and Glenmore Lodge this was discussed. This seminar came about in particular because of a terrible tragedy involving a family with children on the plateau in bad weather in the summer, as well as few bad winters for avalanche accidents.  Conclusions at that time were that Glasgow could supply the necessary equipment for re-warming but the time taken to get it into action was hours. Only Aberdeen could get things up and running in a timely manner and had the most up to date equipment. North sea disasters and oil money made this a reality from necessity. Within Ski Rescue at that time we had Prof Page and  Mr (now Prof) James Ferguson from ARI as our medical advisers. Both were key players in treating those from Piper Alpha. I was there at the time representing GMRT along with Dr Ian MacLaren from Ski Patrol.

At the seminar there was a kind of West/East split with medical professionals in the West taking the view that trauma was also a major factor and overflying would jeopardise lives that could be saved from early interventions. Trauma was the priority with more conservative re-warming such as "Bear Huggers" and lavage.  For hypothermia II and III this is fine even though it is little more than boiling the kettle and putting a duvet over the patient with a hair dryer under it. But, if your a trauma victim or in old fashioned terms mild to moderately hypothermic then this will save your life.

However.  If the victim is an immersion or avalanche victim without life threatening trauma and has hypothermia III or IV then the above statement from Dr Brugger becomes very important as Aberdeen is the only place to go, and controversially someone has to make that decision.  Watching the BBC news reporting of the terrible avalanche tragedy in the Chalamain Gap I thought it bold and entirely appropriate seeing the victims being taken into Aberdeen. Whether that decision could have been made on the West I don't know.

With a contract SAR helicopter service  more hypothermia IV victims without life threatening trauma could/should be taken to Aberdeen as it's the only definitive center for re warming in Scotland with ECMO and a team that can be up and running fast.  How this will work if at all from the West of the country I don't know.  It's extra flying time for sure, but only by going for it and starting case studies will it ever be known if extra lives are saved.  Perhaps another seminar to nail down these issues is long overdue.  My own take is that we Scotland have enough cold victims to formally declare that like Alpine nations we have our own definitive re-warming centre and an integrated mountain/ski rescue and ambulance service working with SAR helo assets to make it work.

Conclusion: This was all discussed in "Freezing to Death" all those years ago so it's not new.  Flying logistics, weather and injuries might make this transfer to a specialist centre a very rare occurrence indeed, but if it's ever going to happen then with all this change to single services then maybe it's time for folk to sit around the table and chew the fat over it. Another seminar? 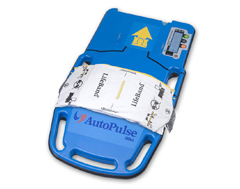