It isn't over yet!  Cairngorm has some good late season skiing and the touring is fantastic.  We write off Scottish skiing too easily when really folk just need to adapt to the unpredictable nature of our weather which really hasn't changed much in my opinion. Lift served is really nice but you can see why Freeride touring has taken off. With a bit of effort stashes of untracked and more challenging lines can be found regardless of lifts.

I was recently asked to join the FIPS avalanche group which is a group of folk taking forward internationally the  training of ski patrolers on avalanche prediction and safety. I am certainly not an expert on the subject only having many years of pretty bad MR experience which I don't rate. But like anyone who skis off the beaten track I have had to wise up, especially as I retail touring and off piste safety equipment and train folk in it's use. And on equipment;  If there is only one bit of kit you can afford then get an airbag system. I make no apologies for punting Back Country Access as I like the design of their gear and the fact that its a bunch of guys who like doing what we do so know what we need and what works. For next season I see the Float 32 ABS being a top seller (and life saver). What would be helpful if is folk would give me an idea of intent to buy so I can pre order enough of these so let me know early folks.  If you are an Guide/MIC or professional then you can be sure of a good deal, especially if you order pre season. 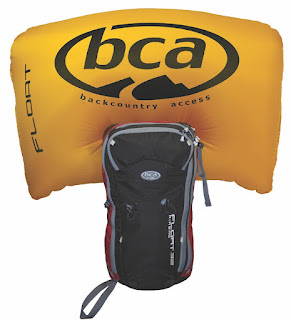 Not being involved with MR I don't know if Scotland has a rep on the avalanche commission. I am fortunate to have friends from ski patrol who are on it so get info from them. Some time ago I was given a film of a remarkable survival from one. I have edited out the body recovery, but here is the good bit.  Sing song Austrian German accents and all!