On March 1, 1910 there were two Great Northern Railway trains stalled by heavy snow at Stevens Pass, Washington Northeast of Seattle. One train was a local passenger train, the other was a fast mail from the east. They had arrived a few days before at Wellington, just on the west side of the pass. All the efforts of the railway to get them safely across the pass and off the mountain had failed. The snow plows were out of coal, the food was low, the snow was falling at one foot each hour, and a tremendous lightning storm had been raging for hours.

In the middle of the night a large avalanche came down and struck both trains. The force of the sliding snow pushed both trains into the Tye river valley, one hundred fifty feet below. Mixed in the avalanche were large trees and boulders which added to the power of the fast moving snow to destroy the train cars. Ninety six people were killed in the avalanche. 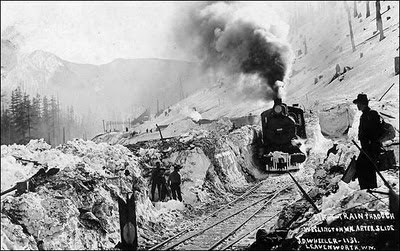 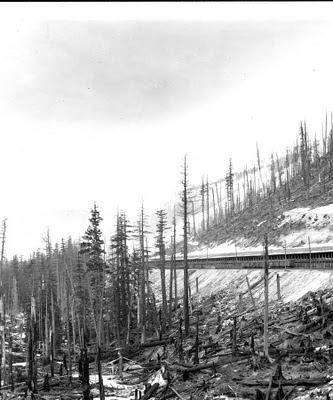 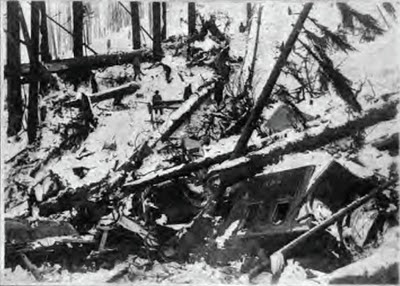 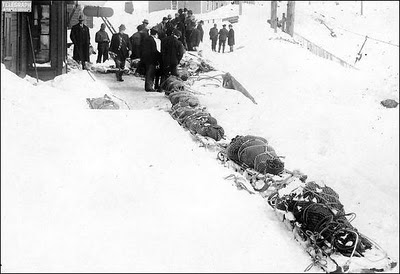