The Power of the Internet

Many cyclists these days use GPS cycle computers.  These new generation cycle mounted GPS give a variety of information including: heart rate, distance, time, cadence, speed, average speed and many other functions, including power output in watts from ANT enabled hubs such as "Power Tap". Best of all they record an exact breadcrumb trail of where you have been and all the data. More expensive models also include a map display giving your real time location. 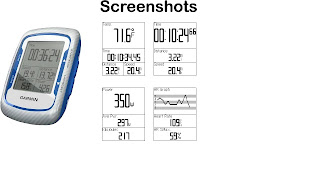 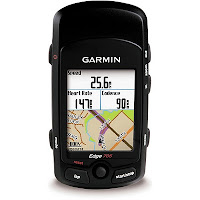 Cyclists up load data to a central resource such as Garmin Connect or Map My Ride and visitors then have access to route information that they can either follow by directions, or upload onto their own GPS and follow. You can also "virtual race" as the more expensive GPS show your position in time and speed against the original person as a pair of cyclists moving on the map. Of course it's not just cyclists that use this technology. Geochaching is hugely popular as a family activity and this form of family friendly fun is growing as an attraction in areas that lend themselves to freedom of access and suitable non hostile terrain which away from the big mountains we in N. Argyll/South Lochaber have an abundance.
Go to the Garmin Connect site and move the mapping to Glencoe then type in Glencoe.  You will then see various activities uploaded already by visitors. These range from cycling on and off road, to hill runs and family walks.  GPS routing is a powerful tool.  This was brought home to me recently when cycling the A828 Oban road in the Appin area, as I had noticed a big increase in cycle tourers using this route. The tourers now use the Lands End/John o' Groats route up the Ayreshire coast, across to Arran then to Cambeltown or via  Rothsay or Dunoon as the roads are quieter, it's very scenic, and in time it takes no longer.  This is all via tracking files from folk who can show this route works well.  Even the other day while out road training on this road I met over 40 road cyclists over a morning some of whom had driven up and parked to just come and ride a route I had uploaded and recommended as a good loop with good coffee stop at Castle Stalker a friendly bike stop with good size portions for calorie hungry bikers.
Road bikes don't do well on the new cycle track due to skinny tyres and poorly finished kerbing at crossings, not to mention horse shit, prams and buggies and the faster pace of a road bike. Generally the folk on the Oban road due to it being a wider better cared for road than the A82 give road cyclists more respect.  I think the folk of Duror, Appin, Benderloch and Southward need to prepare for more of this form of trade and perhaps advertise the bike friendly nature of the providers as this can only grow.
Someone asked me the other day where I would say the best location was for a holiday in this area.  My view was Appin.  Access to a decent shopping area in Oban with amenities, good family cycling routes, the short trip into Lochaber for skiing at either resort in winter/spring and the ferry's to either the Islands, or a day trip to Lismore. That was what would tick the boxes for me with my family but as always having parents from Cuil Bay and Appin I may be genetically biased.
As wee taster for folk who want something to do with the kids here's a link to a  geocache on Loch Leven that is on the worlds biggest data base. I don't know the uploader but it gives you a taste of geochaching as a family activity.
at Monday, August 09, 2010