Glencoe skiing on Wednesday this week. A posh skier not unlike those commonly seen around Courcheval 1600 with Russian minders. I doubt if she ski's the backside, so pit analysis won't be her forte.  Skiing  with a Mountain Tech axe in one hand - iffy! 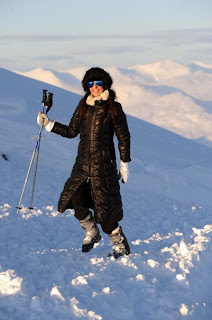 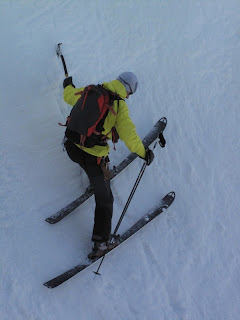 Staying alive is the name of the game and snow profile tests are all part of this for boarders and skiers who ski out of bounds.  As well as the triad of shovel, probe and transceiver, knowledge of snow helps.  It doesnt' need to be too in depth.  Just knowing how to dig a hole and interpreting the result is all.  Risk assessment is a must and when you go for it so is consequence reduction.  More of that later. At the bottom is the SAIS forecast for the 9th.  The crystal stuff and table is too show how this is recorded and to allow you to see and perhaps conclude how the forecast comes about. 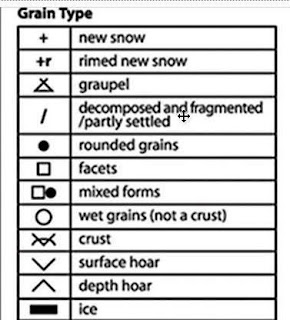 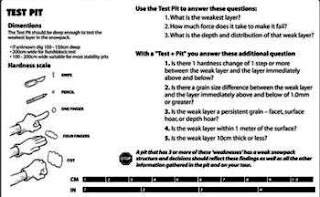 Ok folks, based on the above symbols and the following data from the SAIS report you can see the left side of the pit data shows two square symbols from layers down in the snowpack that will shear.  These are facets caused by vapour movement in the relatively shallow snow pack.  Strength decreases in time as these grow in the continuing cold weather and will remain as a problem if loaded on by more snow and then will become skier triggered slabs if loaded. The load required to propogate a release will depend on the depth of snow above but it could be one skier or climber or it could be one skier or climber after many have skied the slope as each load micro shears until total collapse. 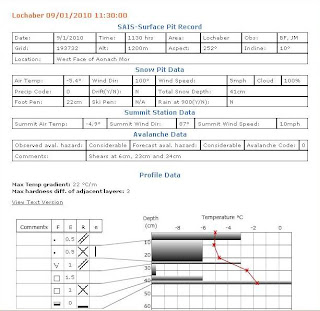 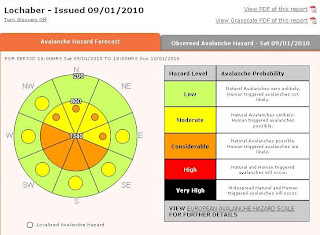