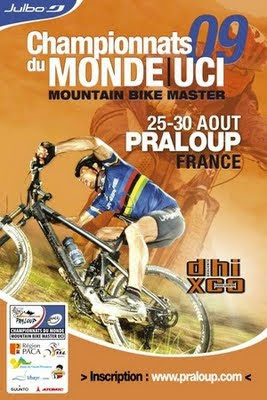 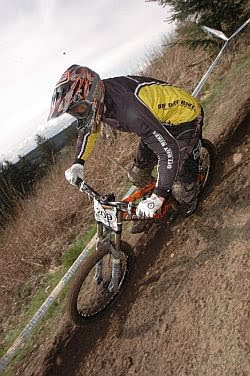 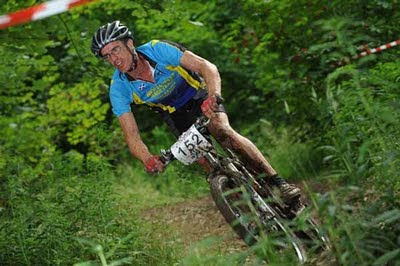 Alastair MacLenan from Fort William has won all four jerseys in Downhill this season. Scottish Champ, British Champ, European, and now the coveted Rainbow jersey of World Champion. What an achievment!

Alex Glasgow of Nevis Cycles RT narrowly missed a podium place at the World Masters in Pra Loup France. After a great XC season where Alex took on the best that the GB have - and demolished them he got a place at the Worlds and had an outstanding race.

I despair that local and UK national press make nothing of these major achievments. Even British Cycling which IMHO is an English centric Olympic body have not publicised these two lads much. Well if they won't do it we local riders can at least offer a "chapeu" as is customery in French cycling in recognition of a big effort or achievment.
"CHAPEU"
at Friday, October 16, 2009