My father as well as many local men from North Argyll and Oban fought with the Argylls and the Norfolks at the rear guard action of St Valery which sacrificed thousands of men so that Dunkirk was a success. This sacrifice was not acknowledged until 50 years later. Possibly because it was contentious and an embarrassment to Churchill. The privations of "the long walk" both to the salt mines and logging camps in Silesia, then escaping the Russians back west at the wars end cost many Highlanders lives.

The three men in this story showed remarkable initiative and this story is worthy of any Hollywood movie.  As a wee boy I remember "the blood" telling the tale at a Glencoe Village Hall Celeidh and also my Dad and "Ginger" talking about the war up at the Elliots where we would go at New Year. From what I gathered in conversation I don't think it was as easy as this understated interview leads you to suspect, and I am not sure that there wasn't a few who were less helpful, or  enemy who didnt walk away. 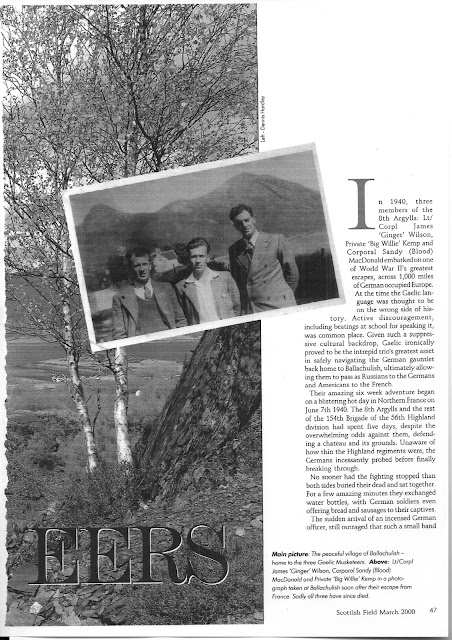 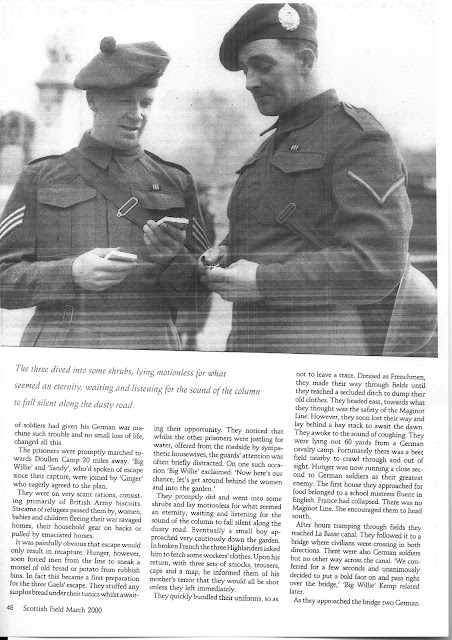 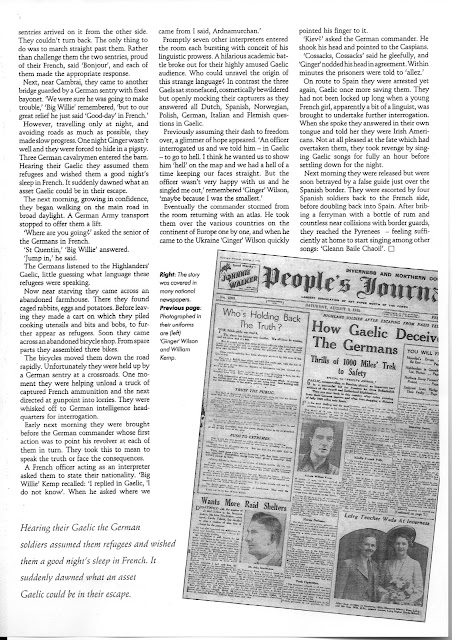