What is intended to be the solution to avalanche incidents is education of the mountaineering public. Making them aware of pre-trip planning, weather and avalanche forecasts, and human behavioural issues. Cognitive thinking traps using the popular acronym FACETS is one example of softer "thinking" skills now used as part of the education package. 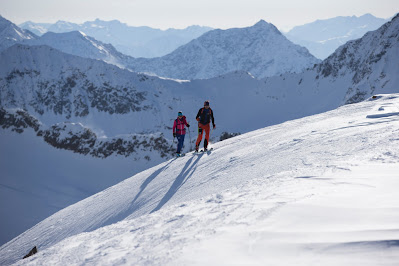 Group members want to be accepted by members of their parties. “Accident parties that included females made riskier decisions than parties of all males. The effect was most pronounced in parties with little avalanche training. It is notable that these were precisely the parties in which women were least likely to participate.”

Parties that were highly committed to a goal – a summit, ski slope or an objective in deteriorating weather – made riskier decisions than parties just out for a day. This effect was most pronounced in parties of four or more.

Accident parties often contained a de facto leader – someone who was more experienced, older, or more skilled. Novices were more likely to follow the leader into dangerous situations than when novice groups made decisions by consensus.

Parties took more risks when they were racing a closing window of opportunity, such as competing with another group for first tracks.

When skilled parties meet other people in the backcountry, they are more likely to take risks than parties that are less skilled. This effect was most pronounced in groups with the highest levels of training. 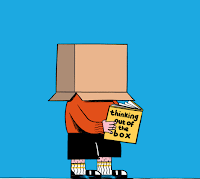 Most of the education of mountaineers is based on avalanche avoidance such as "Be avalanche Aware", a very sound proposition, but every year dozens of avalanche incidents are reported, some with victims buried, or missing for long periods before recovery, sadly dead.  And they are not "Searchable". Despite superb forecasting and reliable weather data its “plus ca change plus c'est la meme chose” same old same old.

Is there a tendency for avalanche trained folks to have more avalanche accidents not less?

Could it be that certainty is being implied via processes, to an environment where no such thing is possible – ever!  Facilitated by educators such as instructors, guides, and others? Folk leave training courses feeling more educated and empowered as they have more knowledge. Maybe thinking they will have travel in avalanche terrain a bit more dialled. Is it a false sense of more certainty where none exists?

Q. Is there ever certainty in steep snow covered terrain?

Educators spend a lot of time on bells and whistles during training to imply gaining some degree of certainty during snowpack analysis to make decisions on safe travel. I understand the need for bulking out a course to paying guests with the commonly taught practical "doing" things, like  rutsch blocks, column tests and snowpack study, with other investigative stuff.  But its not future avalanche forecasters they are teaching, its recreational mountaineers and skiers and these investigative skills are perhaps irrelevant distractions from self and spatial awareness.  Off most value in these “tests” is a group stopped then talking, communicating concerns, and making collective decisions. This pause is often when individual concerns are aired, and leader decisions can be challenged or discussed. As the proverb goes “in the land of the blind the one-eyed man is king”. Some knowledge can be better than none in the right head, but ask yourself if it’s the one leading your group, are you being listened to, and do you feel happy with where your all at. Listening to that bad feeling from someone in a group can save lives. Speak to individual survivors of an avalanche incident and a precognition feeling will have occurred to many but may have been ignored or supressed. I think it was Reinhold Messner in “The 7th Grade” who said ignoring these precognition feelings is folly. Its been 35 years since I read that book but this comment stuck as it resonated with events in my own life even then as a survivor of a couple of near misses to me that took friends, although these were not all on the mountains.

Precognition or prescience is not paranoia but often your senses and sensory awareness picking up recognizable patterns, perhaps from previous life events and experiences. 20:20 hindsight is no use when you can't breathe so we should heed the senses.

As a personal example. One day way back mid 1980's a friend Paul Mills who was fairly new to winter climbing said he wanted to climb No 6 Gully a classic grade 4 in Glencoe. He wanted to do it the old fashioned way to see what it was like cutting steps, no ice screws, a single rope and just some pegs and slings. Off we went soloing up the banked out lower pitches on soft snow until we got to the last and main ice pitch where Paul belayed me from the ice cave, and I set off up the icy corner to a peg runner and cut hand and foot holds until over the top.

I was going to go over to belay across to the right where a little chimney finishes up. A couple of steps and my senses went into overdrive. The top bowl was loaded with a deep yet dryer slabby snow blown in from cross loading, and I would have to cross it with the pitch below me to go over if it slid. I didn't like it at all, so I back climbed all the way back and down to Paul, a not inconsiderable use of energy and adrenaline. He was not best pleased but regardless the decision was made to solo down the post holes we made on the up, so it was ok with care.

We exited the gully and met a group of four lads one of whom was the boyfriend at the time of local girl Mary Anne, daughter of one of my climbing partners Wull. We had a chat and they asked why we had back climbed down and Paul took the piss a bit saying the step cutting had worn me out and I was an old fearty. I mentioned the exit snow and that I wasn't happy with it but didn't labour the point.

We headed back to the village and later learned that  two had gone over the pitch in an avalanche and it also caught the other two lower down. All 4 went out the bottom of the gully over the luckily banked out first pitch terrain trap and all the way, almost to the stream crossing. Several hundreds of feet! They were all cut up and bruised with the worst injury a broken wrist, so extremely lucky.  I was asked later as to why I hadn't talked them out of it. I am sure that I felt it was a personal choice and that my prescience wasn't enough to talk someone else out of it. And yet both before this and after heeding this precognition saved my life. I am not a risk avoider having done many daft things including soloing. But ignoring that inner voice going "whoa there" is also a big part of what I didn't go on to do. 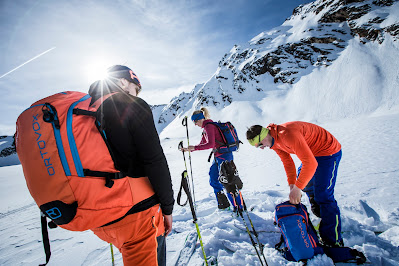 I also read a very good article based on the French SERAC database on touring accidents sice published in Montagnes magazine which is worth translating:

A key passage: "The first striking result confirming the central place of humans in the preservation of their security is the following: in almost half of the accounts (49%, n = 35) a risk is perceived, intuition or felt , to a greater or lesser extent. aware by the participants, but they maintain their commitment. Conversely, 13% (n = 10) of respondents report an avalanche event whose onset or extent completely surprised them. In avalanche events more than elsewhere, practitioners describe perceiving the danger, or at least the intuition that something is wrong, but they "go there anyway". Thirty-five practitioners describe that they sensed a dangerous situation, but maintained their commitment for various reasons, which sometimes cannot be explained to themselves"

We humans fail – period. Only when we have checklists and procedures that compensate for our proneness to error can we (to some extent) either prevent the failure or mitigate failures consequences. Safety tools are an essential part of that mitigation. If we cannot predictably and 100% reduce the risk, we can at least reduce some of the consequences. Carrying the tools to reduce the consequences should not comfort us to increase the risk, but it subtly it does. Wearing a helmet skiing as an example you just go faster. Having an ABS folk push the envelope and ski sketchier terrain which up to a point they might get away with on a clean runout, but not if there is a terrain trap. Risk appetites go up when folk carry consequence reduction tools when it shouldn't. That is in essence being human, and fallible.

I listened to a good podcast from Silverton Avalanche school in the San Juans Colorado a few days ago on this very subject "risk homeostasis". Silverton is an area where we have family connections as my wife’s brother lived there until recently before moving further down the pass to Durango, his wife was secretary for Ouray SAR at one time. The guy from the avalanche school there (it’s the oldest in the USA) gave an example of going to the top of a 32 deg slope with a group and getting them to dump their beacons, shovels and probes and any ABS within the group, then asking them to ski the line. They all threw their teddys out the cot, but it should have made no difference. Its either safe to ski or its not. No grey areas.

And for fecks sake, who in their right mind skis a slope in the knowledge that they might need the mouth piece from an Avalung in their thrapple in case their entombed and literally then have to breath from the crack of their arse!

What do we know before we go, and what should we do while we are going? 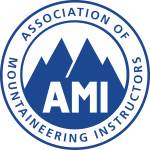 To survive until pensionable age a high level of respect for the mountains while their guest is required, and letting them tell you if your welcome or not that day. Heed what they tell you and heed your precognition.

We do not conquer the mountains we travel among them, and when we get avalanched its on us for not listening and not seeing. An avalanche course may be an important tool along the way, but so is understanding your Johari window.