Winter is Coming. Are you Prepared?

I have been selling avalanche safety gear for ten years now. Discounts to professionals and rescue teams/ski patrol, and local free skiers/tourers and mountaineers.  I also provide Recco training as UK trainer for Recco and sell Recco reflectors. If you buy a beacon off me I am quite happy to give you some free tuition up at Glencoe Mountains Beacon training park, a bonus you will not get online. Give me a call or email/PM me for a quote if you need any avalanche safety equipment. 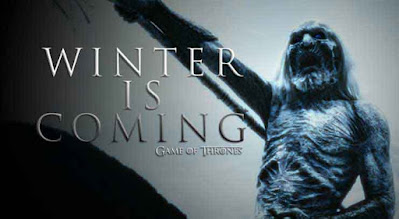 A few thoughts on slope assessment, avalanches and safety gear. First thing to mention is try not to get avalanched by pre depart planning and research and ongoing dynamic risk assessment during your day. We live in an uncertain world never more so than now with Covid-19. The only certainty is that we live with uncertainty and those of us who have spent our lives in the mountains accept this is just how it is on winter mountains. Sadly this uncertainty means we have all been caught out, despite making what we thought were good decisions. Me included. I count myself very fortunate having seen so many folk who didn't survive. The gear I sell is all very high quality Austrian manufactured "Ortovox" which have a long history of developing reliable technology that will not let you down. As a bonus all their transceivers also have a Recco reflector built in. We live with uncertainty, but our objective is to reduce that as much as possible. Look ahead, consult the avalanche forecast and plan ahead making decisions to avoid avalanche terrain. The mountains will be there another day so allow them to tell you to go home as well.
During travel look around you and observe what's happening under your feet and listen to the snow. Look for red flags such as avalanche activity, wind drifted snow, recent snowfall, whumping and cracking and also be wary during rapid rises in temperature as wet snow slides and cornice collapse can trigger huge slides such as occur in Observatory Gully and Lagangarbh Corrie to name but two. Based on the avy forecast (it's an area forecast and not cast in stone that its right!) and importantly what you observe, stop and do snow stability tests. ECT or shovel shear and compression.  This is to confirm what you should spatially be aware of.  Stopping and doing these tests is also an opportunity to talk and air views (and concerns) and make the critical decisions of whether your about to bet with your life or that of others. Its a fact that groups that are not hierarchical and communicate well perform better and have less catastrophic events than ones who allow experts to lead without question, or suffer peer pressure and are not equal in allowing a voice to raise concerns.
Before making a drop in or committing to a slope up or down or across also consider these factors:
Angle. Most avalanches are triggered on slopes roughly between 32 and 45 degrees. Below 32 degrees victim triggered slab avalanches are less common and above this angle slopes purge more frequently. The "Sweet Spot" where most avalanches are triggered is about 40ish degrees with over 90% of victim triggered slides occurring in a 7 degree range bracketing that sweet spot. You can conclude from this that angle is a really important part of slope assessment and subtle changes of angle on a given slope can have major consequences, therefore route choice and awareness of slope angle is really important. Modern phone apps make judging the angle much easier.  Rule of thumb for me personally is that as the avalanche forecast risk for a given altitude and aspect goes up - then the angle and altitude of what you ski comes down. More recent research has shown convexity/concavity to be less important than angle.
Anchors. What is the snowpack connected to. Have you been following the weather and SAIS forecast. Are there weak layers within the snowpack. Tree's and rocks can hold a slope as your friend or can be weak spots as your enemy where sun heat or hoar frost has gathered. Subtle angle changes create trigger points at these places. Tree's are also natures cheese grater if you get taken into them. Also ask yourself what the slope you are on is linked into from the underlying snowpack. Unstable snowpack can often propagate a collapse into nearby slopes and draw an avalanche into lower angled terrain.
Aspect. Which compass direction does the slope you want to ski or travel face. Like angle, subtle changes in aspect can take you from a safe slope onto a loaded one. Carry a compass and learn about "slope aspect" as both a navigation and safe travel tool.  The SAIS forecast gives you the necessary hazard warning for compass direction but you need to apply it on the ground accurately. Again some phone apps can help with this, and even give you the area forecast. The new SAIS app is a must for Scotland.

Altitude. You can see by looking at the SAIS forecast that the hazard risk is most often greater with altitude, even in Scotland. The rate of snow deposition is higher with height, and the wind is also stronger increasing side loading of slopes. On dodgy days stay lower as well as skiing lower angled slopes.
Apply safe travel methods when skinning up and keep spaced and avoid terrain traps when choosing your skin line.  A slide coming from above will have the full width, breadth and depth bearing down on you. Unless its a clear runout your pretty well fecked as any stream bed or features will trap you and allow the snow to build up deeply over you. Choose your line well and with some thought.

Complexity. As mentioned above. Be aware of subtle changes in angle and aspect and that localised instabilities are hidden and like a landmine can link one triggered mine to a chain reaction and a small slide gathering surrounding instabilities into a major avalanche event. Learn to read mapping for subtleties of terrain features and how snow may be affected, and think safety by pre imagining what could go wrong. If it's a complex route then its often unsafe as there are too many unknowns.
Commitment. Always have a plan "B" so that if conditions change or are not what you expected you have another safer option.  Commitment to a slope can mean no bale out options, i.e having no where to go.  If you look at the pro's on youtube they choose their line so they can bale out onto a spine and have good runouts and that's where the next "C" comes into play - consequences.
Consequences. If an amber light's on in your head so your in a go/no go process, then add consequence into the thought mix.  Are there crags, hollows, stream beds, tree's or any other terrain features that could shred you or trap you if there is an avalanche. Transceiver, shovel, probe and/or airbag will not stop you getting your limbs ripped apart from tree's, your head humped like mince, or with an inflated airbag under a few hundred tons of snow. Airbags are good with a save rate of between 10 and 13  more people per hundred victims - but only if the runout is good.